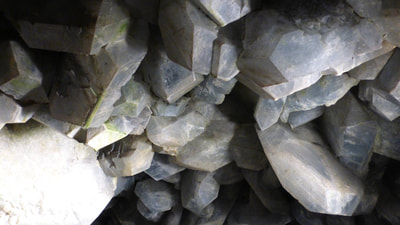 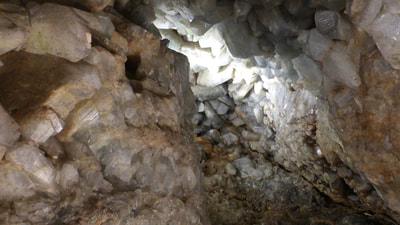 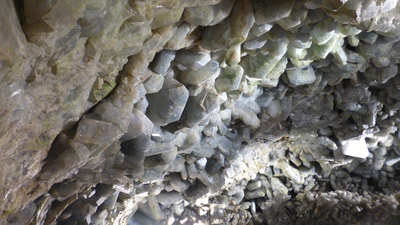 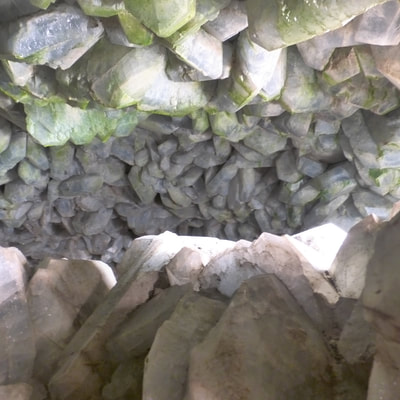 This small cave is actually an enormous geode, a crystal-lined cavity in the solid limestone.  The opaque, bluish crystals average several inches in length and width, and present a multitude of geometrically perfect reflective faces, sharp edges and points on the close, curved walls and ceiling.
Dimensions   About a dozen people could comfortably crowd into this cave without pressing against the walls.  The few connected short passages are 3-10 feet (1-3 m)wide, and 4-8 feet (1.2-2.5 m) high. 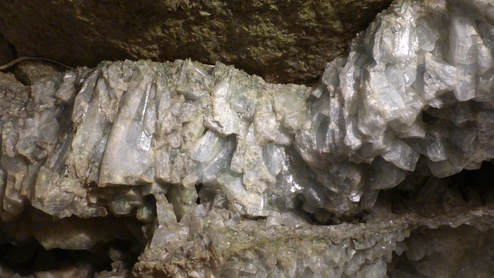 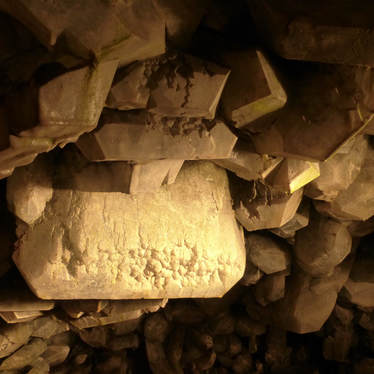 Crystal Cave, South Bass Island in Lake Erie, northern Ohio.  The cave is protected beneath Heineman Winery, and can be viewed as part of a tour there.
© Rice-Snows 2017