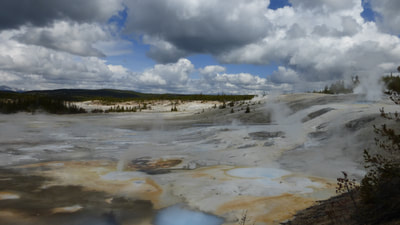 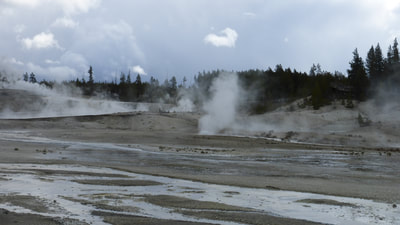 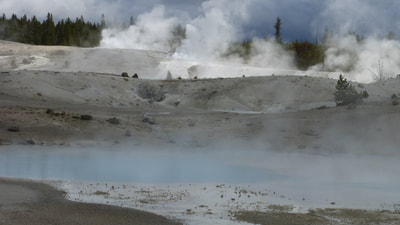 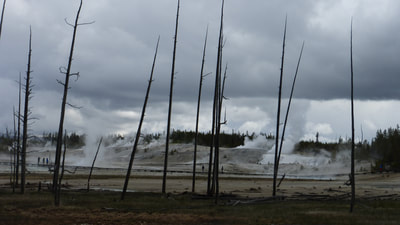 In a valley between forested hills is a rolling, barren, white and gray plain, marked by sporadic clouds of steam rising to the sky.  The ground is crusted with mineral deposits between scattered thermal pools and geyser mouths.  Many trees on the margin of the plain are dead, some with bleached trunks.
Dimensions   This irregularly-shaped basin ranges from half a mile to more than a mile (1-3 km) across.  The ground gently rises and falls by tens of feet (many meters).  While some pools of thermal water are many yards/meters across, the craters of geyser mouths are generally quite small, less than five feet (1.5 m) across. 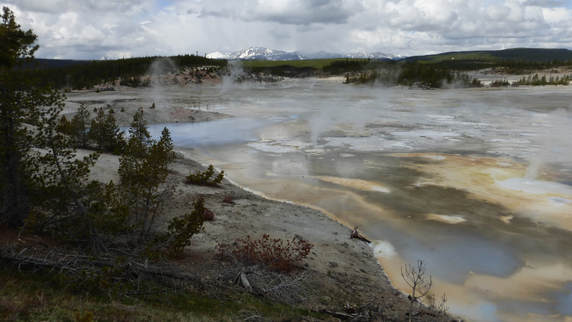 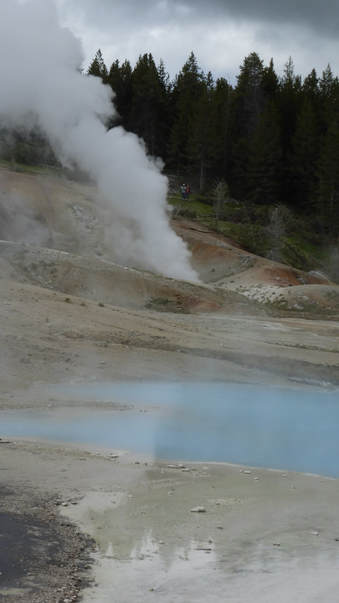 Norris Geyser Basin in Yellowstone National Park, Wyoming.  This basin has the highest water temperatures in the park, is most seismically active, and shows the most changeable geyser activity.
© Rice-Snows 2017