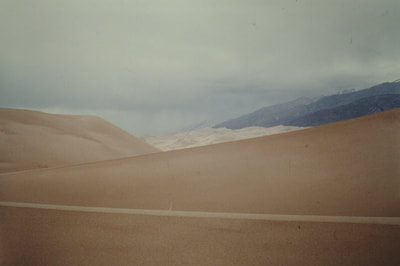 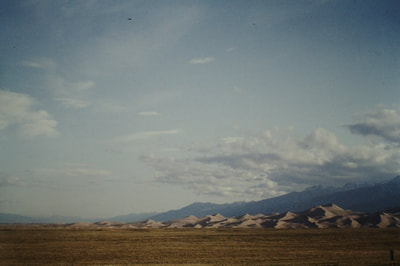 At the base of a high mountain range stands a massive dune field, with peaks hundreds of feet high, and sharp sand ridges running all directions in a web-like network.  Sand blowing across the valley floor has collected here for hundreds of thousands of years, and the sweeping action of seasonally shifting winds keeps it from spreading further.  Once in among the dunes, a traveler will often find sand ridges blocking sight in every direction.  Only the highest points on the dunes give a consistent view of the mountains and less danger of being lost.
Dimensions   Many dune slopes smoothly rise 200 or 300 feet (60-90 m), and the tallest dune peaks exceed 700 feet (200 m) in height above the valley floor.  The dune field is about four miles (6 km) across. 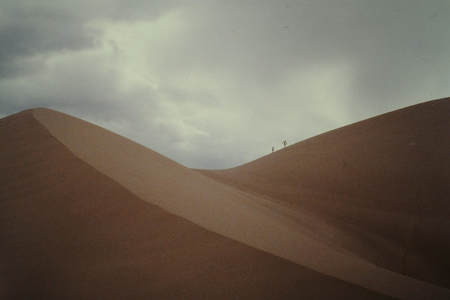