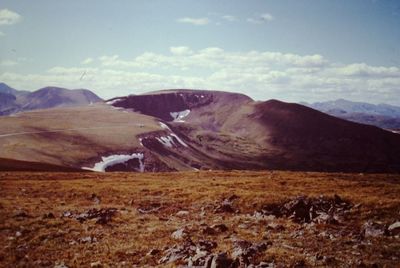 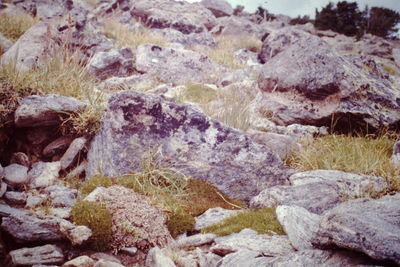 Above a series of steep-sided alpine valleys stands a broad, rolling upland bare of trees, extending over to the rim of the next valley.   Several feet beneath the ground surface is permafrost: soil and rock saturated with year-round ice.  The top portion of the soil thaws in the summer, supporting short-grass turf mixed in with other dwarf vegetation among scattered stones.  In some places the turf is interrupted by lines or networks of trenches filled with loose rocks and boulders.

Dimensions   The highland surface extends thousands of feet (hundreds of meters) from rim to rim, gently rising and falling by tens of feet (several meters).  Where they exist, the boulder trenches are a few feet (1 m) to a few yards (meters) across.  (A schematic map showing an example network of rock-filled trenches, tundra turf areas (blank), and largest turf-surface boulders, is available for download on the FOR GAME MASTERS page.) 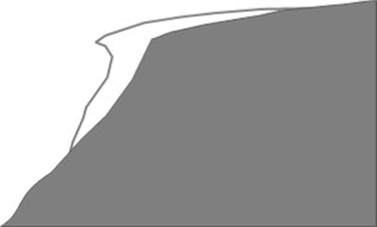 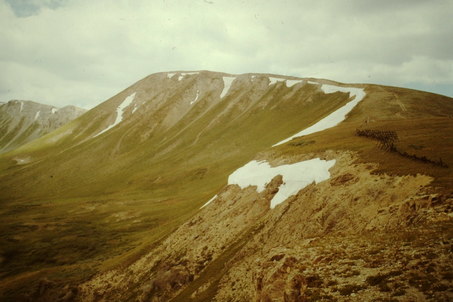