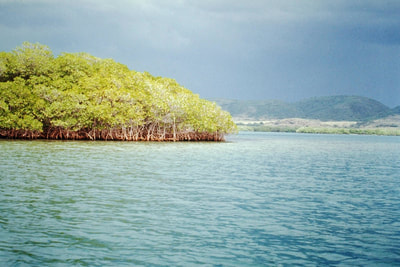 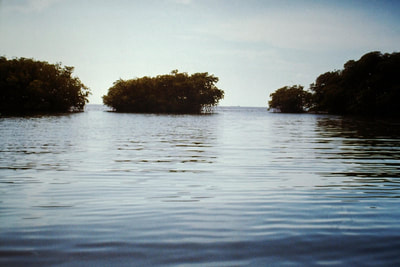 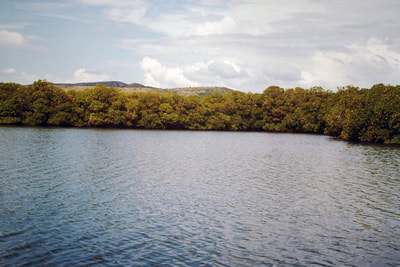 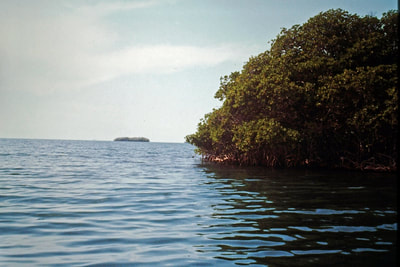 Fringing a tropical coast are broad areas of woods and a group of small, wooded islands.  Beneath the low tree canopy there is no proper land to be found.  These mangrove trees trees live rooted directly into the mud and sand beneath shallow salt water.  The raised network of roots spreading from bases of the mangrove trees gives a sort of woody ‘ground’ for dry-footed walking.  The small mangrove islands, called cays (pronounced 'keys'), are outposts of the forest, seeded where the sea floor is very close to the water surface.
Dimensions   The mangrove trees rise 20-30 feet (6-9 m), and the water depth around their roots is a foot (30 cm) or less.  The open water within this bay is up to 15 feet (5 m) deep, with almost no tide action.  Mangrove forest makes a fringe 50-200 yards/meters deep along the coast, and the offshore cays are 15-60 yards/meters in diameter. 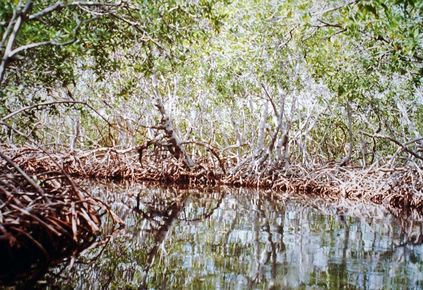