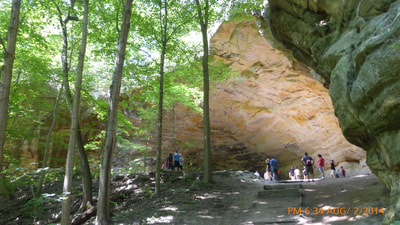 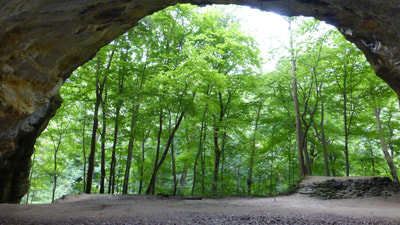 In the face of a sandstone cliff is a large alcove – a sort of half-cave.  It has a semicircular, level floor of loose sand, widest at the cliff face.  The sandstone walls of the rock shelter’s interior rise vertically from the floor, then arch overhead to form a natural amphitheater.  This sheltered space sits well above a stream running in the narrow, wooded valley below, at the top of a ramp of sandy soil and loose sandstone blocks. 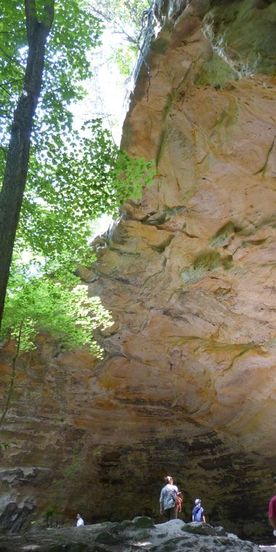