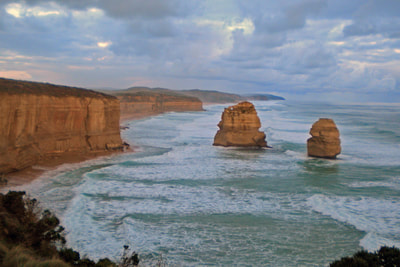 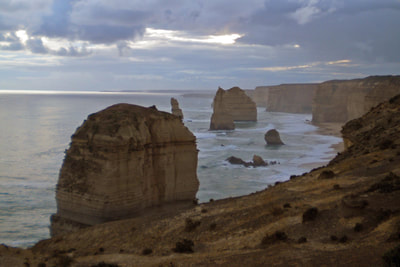 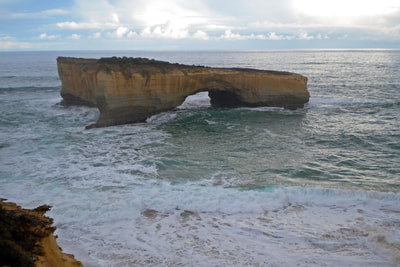 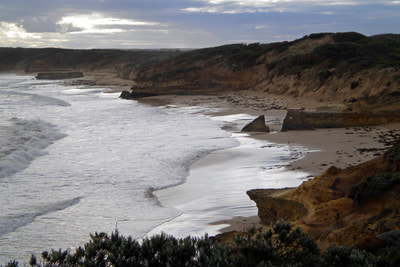 Waves cut away at the bases of high tawny cliffs capped by turf and brush.  As this shoreline has retreated over millennia, some headlands have been cut off from the shore, leaving huge, isolated towers of stone among the waves and on beaches.  Where rock walls have not been completely undercut, there are sea caves and arches.
Dimensions   The cliffs and highest stacks rise 160 ft (50 m) above the water, and the stacks furthest out are 1000 ft (300 m) from shore.  Water around the stacks is about 30 ft (10 m) deep.  The broadest stack top has about the same area as a football field. 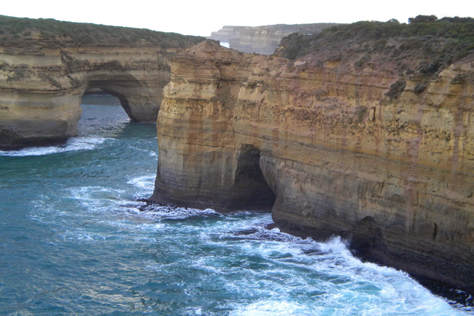