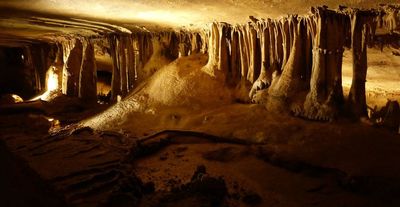 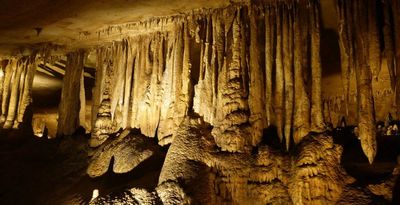 Down the length of this cave passage extends a partial wall of closely spaced stalactites and columns.  In a few places there are gaps wide enough for someone to pass through.  In some other places, the partition is fully solid with joined-together columns and mounded-up floor deposits.  The main passage diminishes in height toward its end, becoming too low for a person to stand, but a side passage, visible through gaps in the stalactite curtain, branches off to provide a second exit from this area. 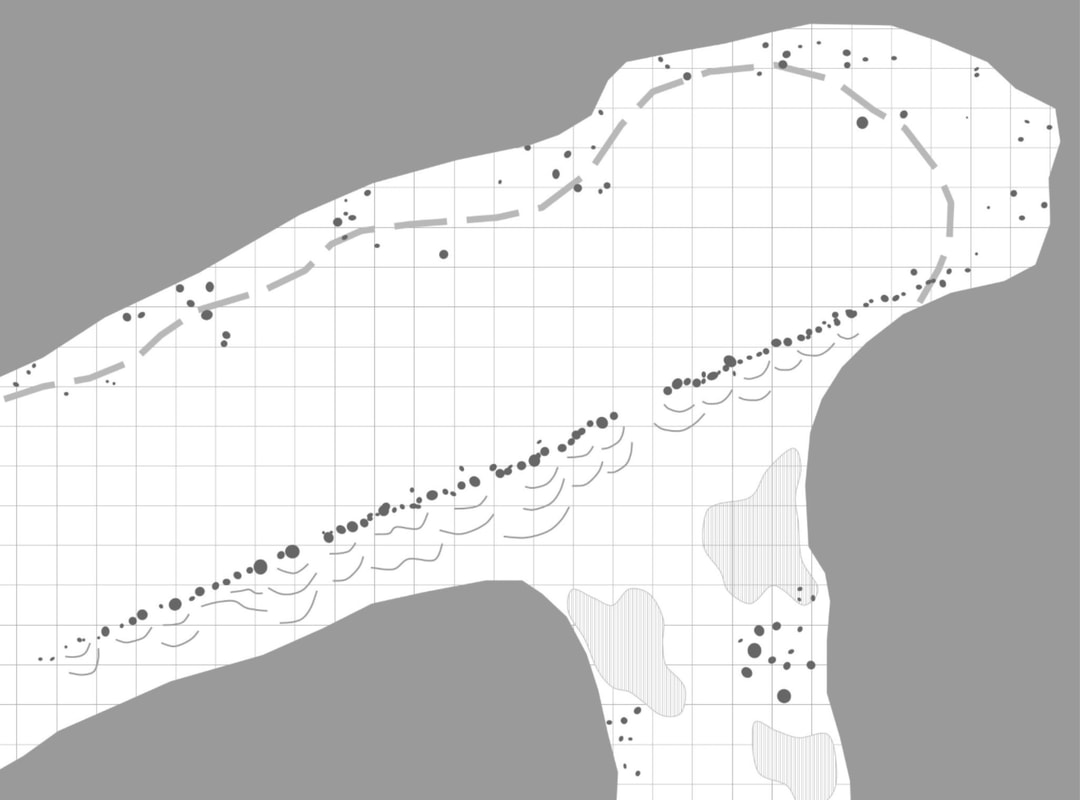 Dimensions   The stalactite curtain extends for 200 feet (60 m), running off-center in the passage (space on one side of the curtain is 40 feet (12 m) wide, but only ten feet (3 m) wide on the other).  Ceiling height is about ten feet (3 m) - a dashed line marks off passage less than four feet high.  The schematic map shows passage walls (medium gray), columns (dark gray), contour curves for sloping mounds of cave deposits, and shallow pools (light gray), on a five-foot (1.5 m) grid.  A larger-area image for this schematic map is available for download on the FOR GAME MASTERS page. 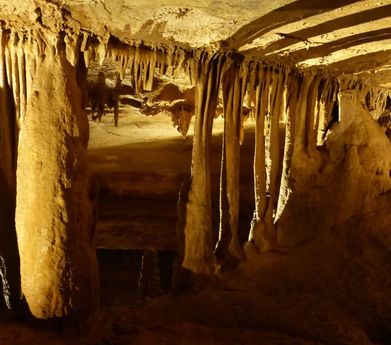