A lake fills a narrow valley hemmed in by quartzite cliffs.  Extending down from the cliffs, there is a long, straight-profiled slope of jumbled boulders (a talus), mostly bare but in some spots covered by trees and brush.  The loose rocks, broken from the cliffs by frost, are jagged and irregular in shape.  No soil can be seen between the boulders. 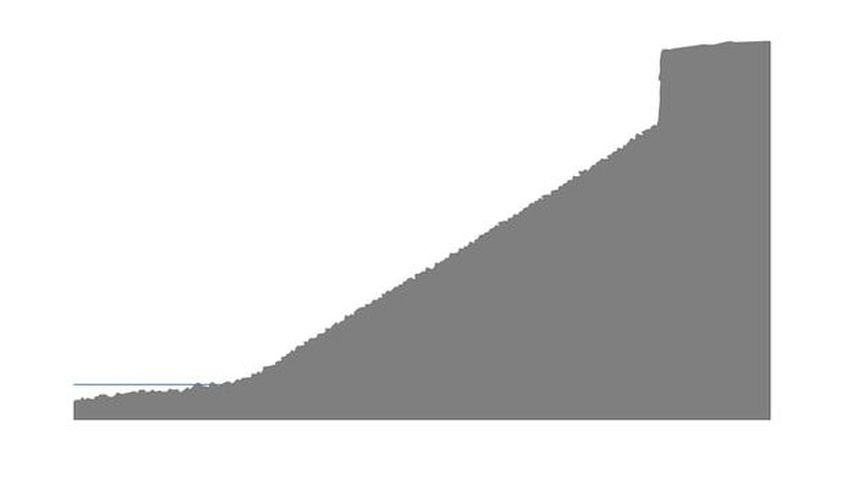 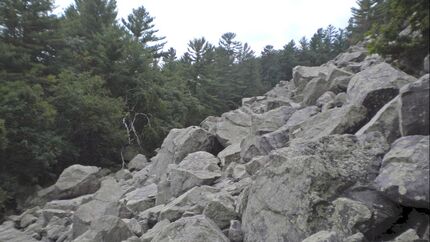