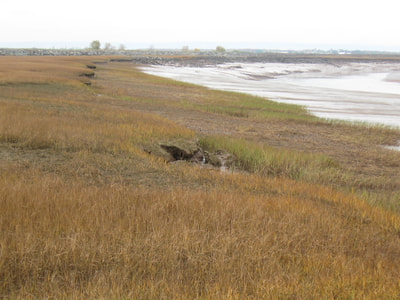 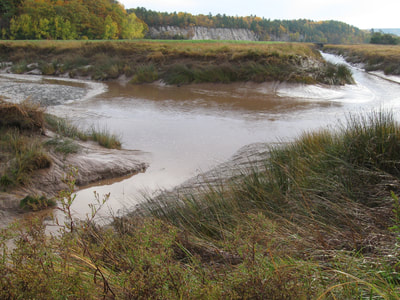 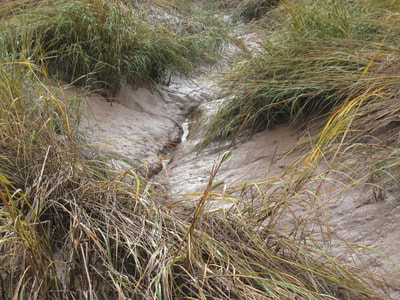 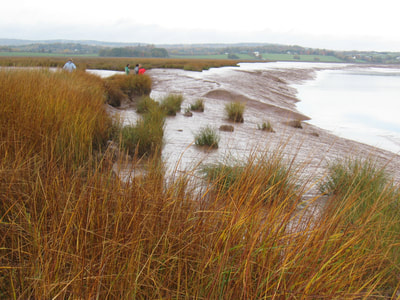 This broad expanse of tall salt grass lines a river running toward a coast with unusually high tide range.  Only partly hidden below the grass is an expanse of fine, grey mud that has collected here.  At high tide salt water entirely covers this surface, but at low tide it is revealed as a high platform standing several yards/meters above river level.
Dimensions   Many parts of this salt marsh extend more than a hundred yards/meters between more solid ground and open water.  The elevation difference here between high and low tide is typically 22-36 ft (7-11 m). 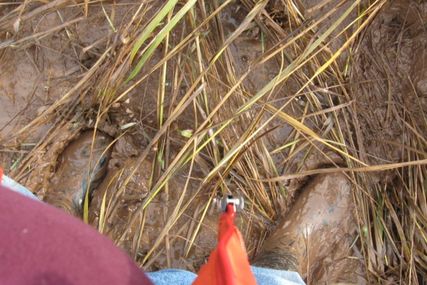 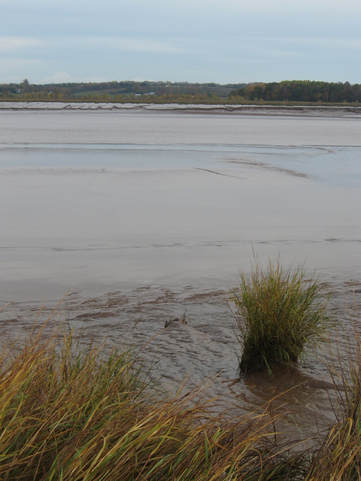