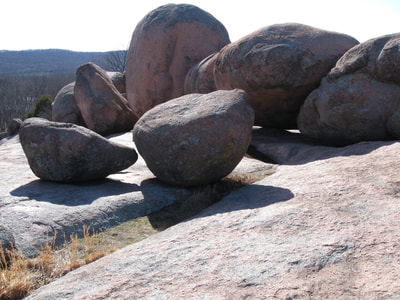 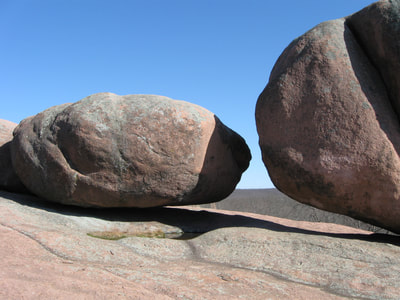 A broad mound of bare granite sits a little above surrounding treetops, and is capped with scattered massive boulders of the same warm-colored rock.  All shapes are smooth and rounded, on boulders and the elongated crest of this bedrock ridge. 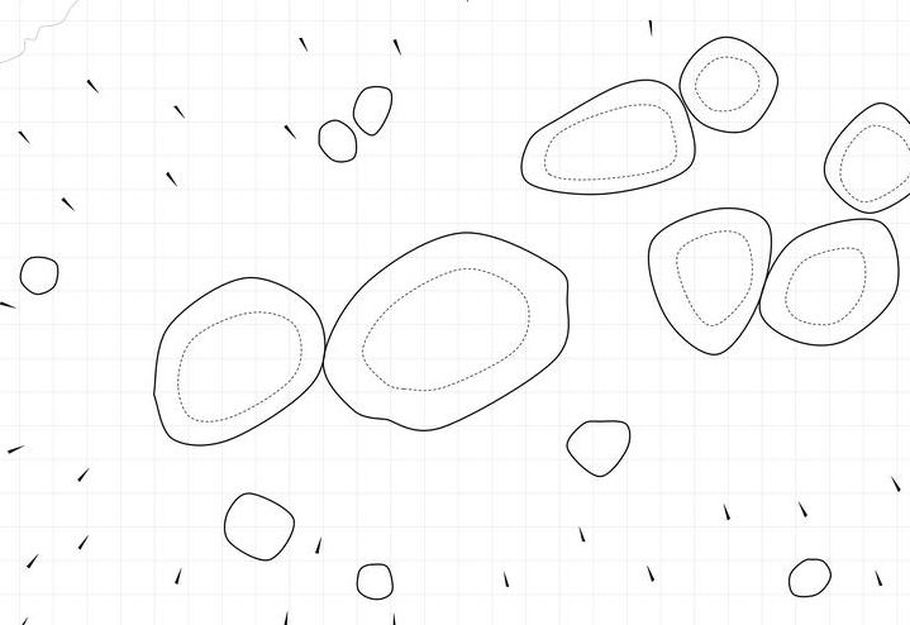 Dimensions   The bedrock ridge is a quarter mile (400 m) long, 500 feet (150 ) across, and presents a hundred-foot (30 m) climb from nearby lower ground.  The largest loose boulder on the ridge is 30 feet  (10 m) high and 50 feet (15 m) long.  The smallest boulders, relatively rare, are the size of bushel baskets.  The map shows boulders (with dashed insets for curved undersides with more than two feet, or half a meter, of clearance) and arrows marking uphill direction on the bedrock ridge slopes, on a five-foot (1.5 ) grid.  A larger-area image for this schematic map is available for download on the FOR GAME MASTERS page. 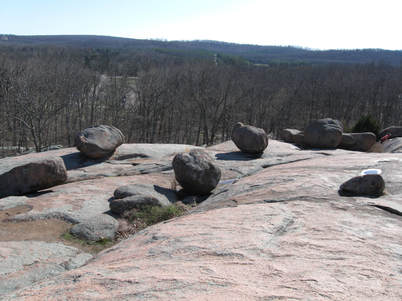 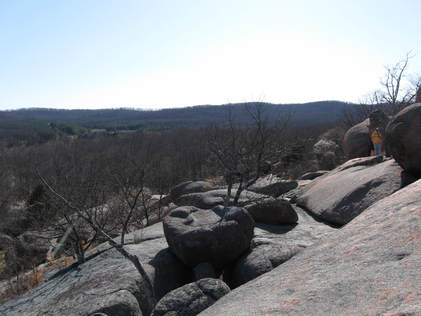